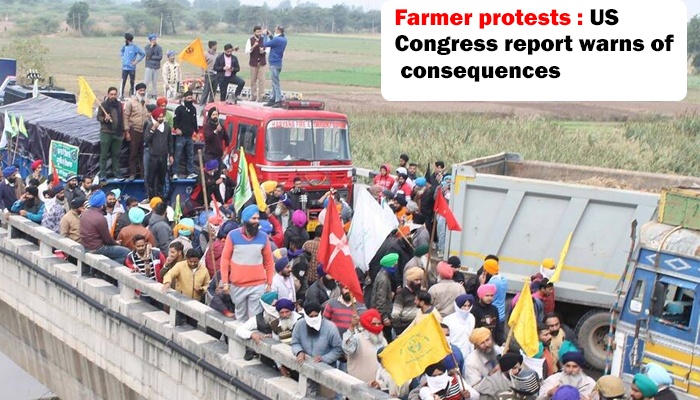 NEW DELHI: In a report published by the US Congress’s autonomous service Congressional Research Service (CRS), New Delhi’s stand on ongoing farmers protest has been condemned and apprehensions were raised over India’s participation in Indo-Pacific policy by the Biden administration.

The report warns the Indian government of the consequences of the inept handling of farmers’ protests. The report claims that India wants to silence dissent by force and heading towards authoritarianism. A crackdown by the Indian government is somewhat excessive. “India’s democracy and human rights record might present a challenge for Biden’s administration is preparing its policies towards India and the Indo-Pacific,” the report adds.

It is worth mentioning that last month Biden administration has advocated dialogue as the only way to end a standoff between government and farmers.