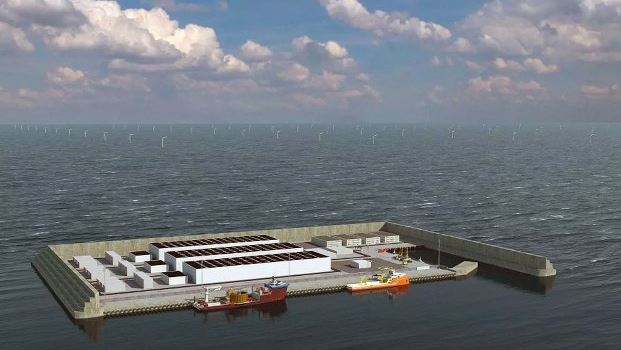 On 04 February 2021, Denmark has approved a plan to build the world’s first energy field island in the North Sea. This energy island will produce and store enough green energy to meet the electricity needs of 3 million European homes.

This artificial island in the North Sea, which is still in its infancy, will be the size of 18 football fields. It will be connected to hundreds of offshore wind turbines and will supply electricity to homes and green hydrogen for use in aviation, shipping, industry and heavy transportation.

The move to build this energy island has been taken as the European Union revealed plans to change its power system to rely primarily on renewable energy within a decade and to increase its offshore wind capacity by 25 times by the year 2050 is.

The energy island to be built in the North Sea would cost about 210 billion Danish crowns ($ 33.9 billion). It will be located 80 km off the west coast of Denmark and the initial capacity of the wind turbines around it will be 3 GW. The island will be operational around the year 2033.