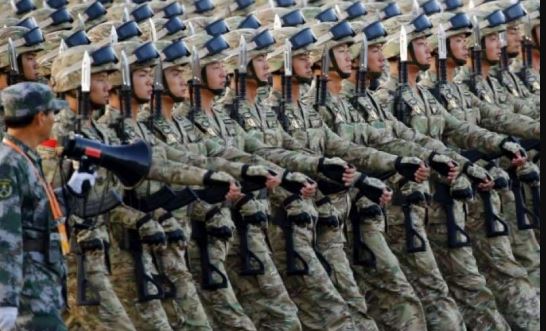 The ongoing border dispute with India since May 2020, the bloody skirmish in Galwan and the Indian Army’s capture of the Kailash range in eastern Ladakh in the first week of September have forced the Chinese army to change its thinking. 70 years after the occupation of Tibet, now the Chinese are trying to recruit Tibetans in their army.

This year, the Chinese army has organized many recruitment rallies in the areas near the LAC of Tibet, India. You will remember that in September last year, the Special Frontier Force formed from Tibetan youth was among the soldiers who snatched important peaks from the hands of Chinese soldiers.

According to the Chinese government’s website, in the first three months of this year, 3800 Tibetan youth have applied for recruitment in the PLA. These youths have been taken to different training camps of the PLA for training. The PLA is preparing to deploy Tibetan youth to the nakas, bazaars and model villages along the Indian border along the border.

These youths will also be deployed in villages near the LAC for tracking and spying on people. The National People’s Congress held in Beijing in March this year was evidence of how eager the Chinese military is to enlist Tibetan youth. Especially three Tibetan soldiers were included in the team of 294 PLA soldiers present in this conference.

After military tensions with India last year, the Chinese military realized that its soldiers were unable to stand in front of Ladakhi or Tibetan soldiers in the Indian Army. Soldiers from far off places of China are finding it very difficult to live and work in the high areas of Ladakh and Tibet. Whereas it is very easy for Ladakhi and Tibetan soldiers living in this area to operate.

Tibetans living in India are recruited in the Special Frontier Force. This force is not a part of the Indian Army, but it takes part in actions against China when needed. Many Tibetan youth were martyred in the actions on the LAC in September 2020, but Tibetans were very excited that they got a chance to settle their old account with the Chinese army for the first time in 70 years.