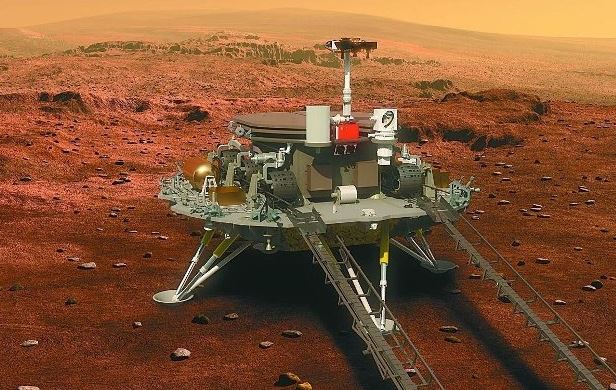 China’s Churong rover has successfully landed on the planet Mars after completing 7 months of space travel. With this, China has joined the select countries sending the rover to Mars. China has proved this by making a soft landing of its vehicle Churong on the surface of Mars, it is very strong in technical terms.

Actually, this Chinese vehicle is still the highest weight among the vehicles sent there. This lander of China weighs 5 tons. This lander is equipped with many types of scientific instruments. Scientists hope that it can remain active for three months.

Churong is named after the fire god of China. America has successfully landed its spacecraft on Mars nine times before. Not only this, he has also been successful in operating the vehicle on the planet. The Churong is a six-wheeled rover.

This Utopia of Mars has reached the Planesia plane, which is part of the northern hemisphere of Mars. China has used a protective capsule, a parachute and a rocket platform in this rover. The landing of China’s rover on Mars is a big success.