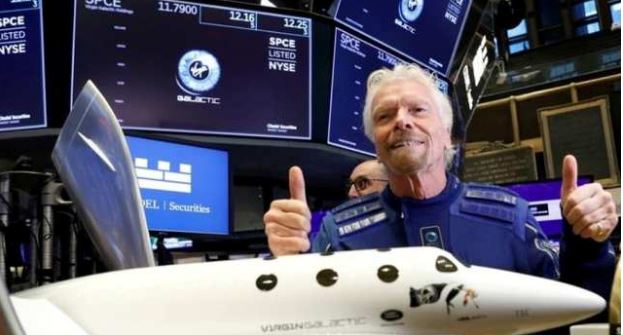 On 11 July 2021 (Sunday), British billionaire, philanthropist and business tycoon, Richard Branson became the first billionaire to fly into space, after making a historic space flight aboard the Virgin Galactic spacecraft ‘VSS Unity’ from New Mexico in the US. Branson beat fellow billionaire Jeff Bezos by just 09 days, who is set to travel to space on 20 July 2021.

According to this flight plan, the VSS Unity space plane was towed by a carrier aircraft to an altitude of 45,000 feet or 13,700 meters from where it separated. The 1.5-hour flight also allowed passengers to experience a few minutes of weightlessness, observing the curvature of the Earth from the ship’s 17 windows.

The 06-member crew aboard the VSS Unity spent about an hour in space before returning to Earth. The UK-based entrepreneur has described his journey into space as “an experience of a lifetime”.

away from the traditional space race, which began during the Cold War era between the US and the USSR; The race for modern space travel among the billionaires of the 21st century has begun. With this flight on July 11, 2021, Richard Branson has become the first billionaire to fly into space, overtaking his billionaire partner and e-commerce giant Amazon founder Jeff Bezos in the new space race.