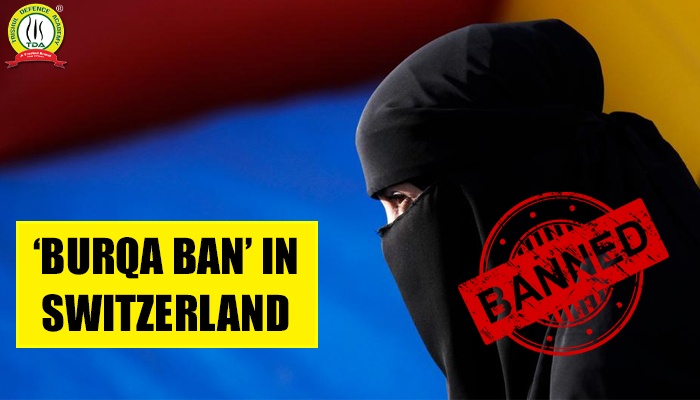 NEW DELHI: ‘Burqa ban’ in Switzerland comes close on the heels of a similar move by other European counterparts such as France, Belgium, Austria, Denmark, Netherlands, Bulgaria, etc. These nations have enacted a law making face coverings in public a punishable offense under the law.

The proposal came into effect following a public referendum which trounced those opposing the move by a wafer-thin margin. While the bill is being viewed as a ban on the Islamic system of veil and burqa, the proposal aims to kill two birds with a stone – preventing violent street protesters from concealing their identity by wearing masks.

However, there are some exceptions to the burqa ban, which allows face coverings for health & safety reasons. Besides, veils are allowed at holy places and those who practice local customs like wearing face coverings during carnivals. Tourists are not exempted from the burqa ban in public places. The referendum to ban the burqa in Switzerland was approved after several rounds of debates. France became the first European country that banned the burqa in a public places in the year 2011. The move was followed by other European nations, which include Belgium, Austria, Denmark, Netherlands, Bulgaria, and the newest entry is of Switzerland.