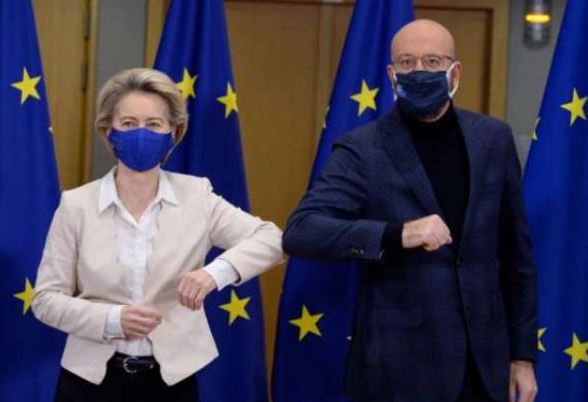 European Union leaders have signed the famous Brexit trade agreement on 30 December 2020 as the EU-UK Trade and Cooperation Agreement. The agreement was signed by Ursula von der Leyen, Chair of the European Commission and Charles Michel, President of the European Council.

British Prime Minister Boris Johnson has also signed the deal in London. The European Union and the United Kingdom agreed on the EU-UK Trade and Cooperation Agreement on 24 December 2020.

The UK Parliament is to ratify the deal later. This is important because this trade agreement, which comes into force on 1 January 2021, will remove the risk of ending Brexit.

If Britain had left the EU single market at the end of the year without a trade agreement, cross-channel trade would have been harmed by new tariffs and quotes.

Both sides hope that this trade agreement, which was decided after about 10 months of intensive negotiations, will form a stable basis for building a bond-free partnership.

With Britain’s exit, separation proceedings between the two began, as the terms of trade and exchange needed to be agreed upon in the future.

While the European Union offered to prolong the post-Brexit period to 2022, as such trade agreements usually take years to complete, led by the UK government led by Boris Johnson, by the end of 2020 An ambitious goal of finalizing the new trade agreement was set.