The US President’s Special Envoy John Kerry formally signed the Framework Agreement at the COP26 climate conference in Glasgow. Kerry said that we are happy to join the International Solar Alliance, which Prime Minister Narendra Modi led in its founding.

Armed forces need to be ready to act at ‘short notice’ in case of emergency : Rajnath Singh

The US has now officially joined the International Solar Alliance, an initiative launched by Prime Minister Narendra Modi in 2015. Union Environment Minister Bhupendra Yadav gave this information in a tweet on 10 November 2021. So far, the total number of countries joining this alliance has gone up to 101.

This alliance was started by Prime Minister Modi and the then French President Francis Hollande during the 2015 climate conference in Paris. The US announced to join this alliance on 10 November 2021 at the Cop26 Climate Summit currently being held in Glasgow, Scotland. 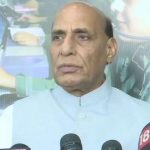 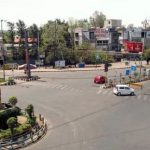