All people above 18 years will also get free vaccine: PM Modi | Best Defence Coaching Skip to the content 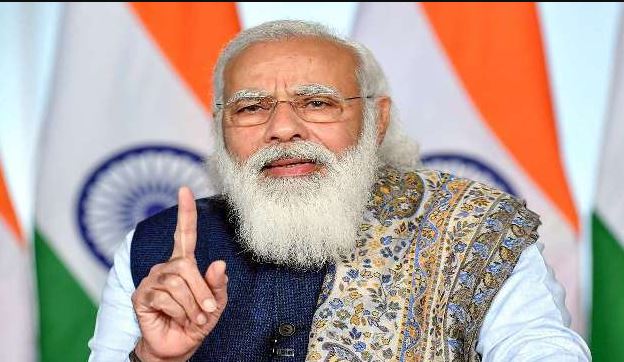 Prime Minister Narendra Modi today (07 June 2021) gave a message to the nation at 5 pm. He appealed to the people to be aware amidst the second wave of Corona. Let us tell that PM Modi has addressed the country 8 times so far during the Corona period.

Prime Minister Narendra Modi said that the fight of us Indians is going on with the second wave of Corona. Many people have lost their relatives and acquaintances. My condolences to all such families. This is the biggest epidemic in the last 100 years. The modern world had neither seen nor experienced such an epidemic.

Prime Minister Modi said that from Monday, June 21, in every state of the country, for all citizens above the age of 18, the Government of India will provide free vaccine to the states.

PM Modi said that till now crores of people of the country have got free vaccine. Now people of 18 years of age will also join it. Only the Government of India will provide free vaccine to all the countrymen.

Private hospitals will be able to charge a maximum service charge of Rs 150 for a single dose after the fixed price of the vaccine. The task of monitoring it will remain with the state governments.

The PM said that today the government has decided that the Pradhan Mantri Garib Kalyan Anna Yojana will now be carried forward till Diwali.

In this time of pandemic, with every need of the poor, the government is standing as their partner. That is, by November, more than 80 crore countrymen will get free food grains in fixed quantity every month.