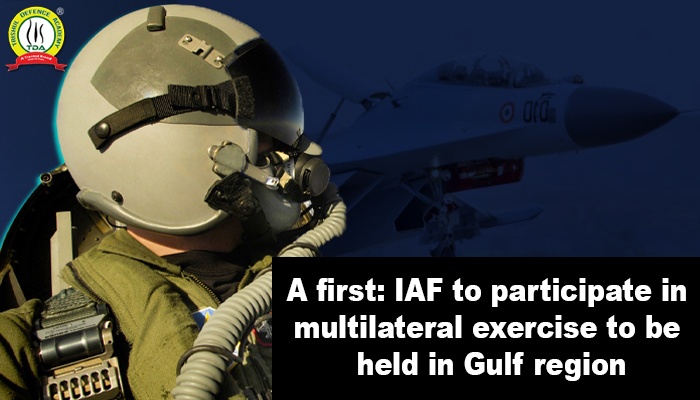 NEW DELHI: Indian Air Force (IAF) is rapidly gaining traction as a partner of choice to participate in wargames across the world. The flexible approach of IAF to exhibit their prowess in the high-altitude region of Ladakh, deserts of Rajasthan and the Indian Ocean region is attracting every eye. After successful participation in the American ‘Red Flag’ in 2016, the Israeli ‘Blue Flag’ in 2017 and the Australian ‘Pitch Black’ wargames in 2018, the IAF is all set to join their Gulf counterparts in a multilateral exercise. According to a report, the joint exercise will witness the entire range of offensive and defensive operations with force-enhancers like AWACS (airborne warning and control systems) and flight-refuelling aircraft in a realistic combat setting. “In a first, the IAF will take part in a multilateral exercise in the crucial Gulf region. The recent induction of Rafales, Mirage-2000 and Jaguars) and eastern (Sukhois and MiGs) blocs, and now indigenous (Tejas) has spruced up our global image,” says an IAF officer.

Moreover, the recent visit by the Indian Army General to UAE and Saudi Arabia has helped in cutting ice to a considerable extent. The UAE has also taken the lead among the Gulf countries in “normalizing” ties with Israel, a country with which India has close strategic-military ties. The UAE Air Force, incidentally, has been providing support through its Airbus MRTT refuelling aircraft to IAF’s new Rafale fighters on their over 7,000-km flight to India from France. India is also in discussions to export BrahMos supersonic cruise missiles, which have a strike range of 290-km, and the Akash air defence missiles, which have an interception range of 25-km, to the UAE and Saudi Arabia, among other countries.