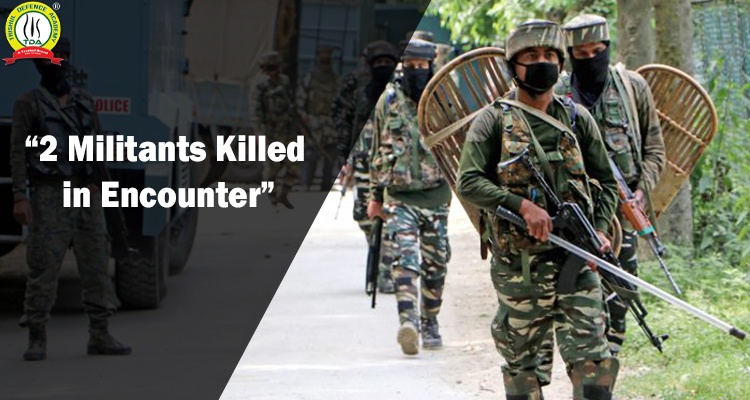 SRINAGAR: On Friday, two separate encounters in Jammu and Kashmir resulted in the neutralisation of five militants and the injury to three security forces. As soon as daylight broke, security forces launched an operation in Awantipora’s Nowbugh Tral district, killing two militants so far. According to the police, a militant hideout was also destroyed, and there were no casualties in Tral. The operation is currently underway.

Meanwhile, in Shopian, an operation that had been halted on Thursday night was resumed on Friday. Three militants were killed and two security force personnel were wounded in an encounter with militants in South Kashmir’s Shopian town on Thursday evening, according to police. Following information about the presence of militants, a joint team of police, army, and CRPF personnel launched a cordon-and-search operation in the region.

After two militants gained entry to a mosque during the battle on Thursday, the forces dispatched the militant’s brother, a local Imam, and the masjid’s head cleric to convince them to lay down their weapons and surrender. The militants, on the other hand, declined. The neighbourhood was in a tizzy on Friday morning. The fight has been going on for over 15 hours at this stage.

Two of the three soldiers who were wounded have been transferred to the Army’s 92nd base hospital in Srinagar. In the last two months, Shopian has seen several encounter operations. According to police sources, all or a small number of the militants are members of the Ansar Gazwatul Hind party, which was once led by Zakir Moosa, who was killed in a clash with security forces in 2019. Moosa was once a close aide of top Hizbul Mujahideen commander Burhan Wani, but founded the AGH after a fallout.