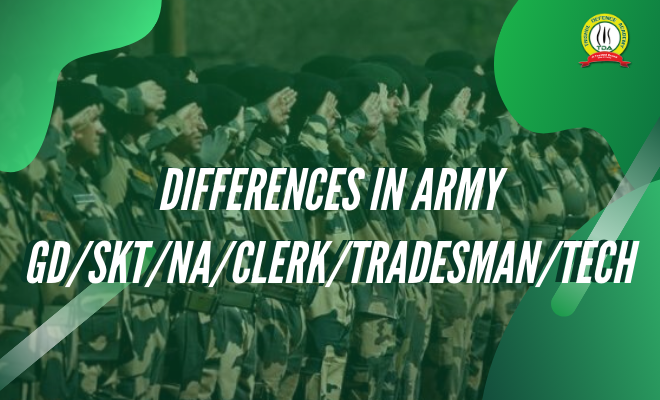 DIFFERENCE IN JOB ROLES: Indian Army releases various recruitment for the candidates willing to be a soldier in it. These recruitments come for the various posts of the Indian Army named GD (General Duty), SKT (storekeeper), NA (Nursing Assistant) Clerk, Tradesman, and Army Technical.

Though the procedure for the examination is the same their roles are quite different. Many of you interested in the soldier job of the Indian army might not know the difference between these posts due to which it creates confusion in mind as to what to choose.

In this article, we are going to share the details on which these posts differ from each other.

They too play a vital role in the Indian Army just like GD soldiers. Indian Army uses modern weapons, communication systems, vehicles, etc.  One must possess adequate scientific and technical knowledge in order to operate and maintain such vehicles and equipment. For these tasks, the Indian army recruits technical soldiers. Technical soldier consists of trades like, vehicle mechanic, electrician, radar mechanic, instructor, etc, i.e. trades which are technical in nature.

Nursing assistants are soldiers of army medical corps who are specially trained at AMC center and at various service hospitals to discharge their duties as a trained combat medic both in peace and war. His job cut out in medical branches only. His duties are right from store holder to taking ECG to disperse medicines in military clinics/hospitals, looking after patients in wards and giving injections, fluids, etc.

An Army storekeeper is responsible for placing demands, receiving items after quality checks, Maintenance of ledgers, issue of items as per cleared indents, accounting, monthly stock-taking, and reporting losses if any. There are many more things related to day to day works.

The soldier clerks play a very important role in all the activities pertaining to the Army. Be it Operational, Training, Administration, and logistics. Every Self-accounting unit in the Army from says a Ground Liaison Unit comprising just a few personnel to the Army Head Quarter invariably requires clerks to run the system.  He plays a vital role in not only getting his rations in time but maintaining the personal record of each and every man and ensuring that each man gets his pay, allowances, and other dues in time and till the last day in service and even after retirement.

Actually, every soldier except for GD personnel (usually infantry soldiers) has a trade. It could be a technical trade like an automotive technician, electrician (auto), aviation fitter, and welder, and so on or an administrative trade like a driver, clerk. There are over hundreds of different trades. So the word ‘trade’ in The Army just means the kind of job that a particular soldier is trained for. Their work includes Cook, Barber, washerman, Equipment and Boot Repairer, Saddler, etc.

Talking about the pay structure, there is no such difference in the salaries of soldiers in the Indian Army. The location you serve i.e. either it is a field area or peace makes a difference in the pay because one gets a field allowance in the field are or say war-prone areas. Other than that due to some technicalities in their job NA and Soldier technical gets a little higher salary as compared to other soldiers. Most of them start their job from the post of Sepoy only.

Hope the information serves useful. For any other query regarding Indian Army soldiers examination, you can see our blog https://blog.trishuldefenceacademy.com/indian-army/various-non-commissioned-of-indian-army/

or For any other defence examination feel free to contact us at the numbers provided below or get free counseling at branches of Trishul Defence Academy near you. 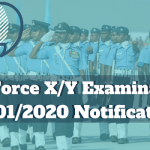 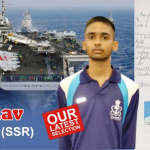