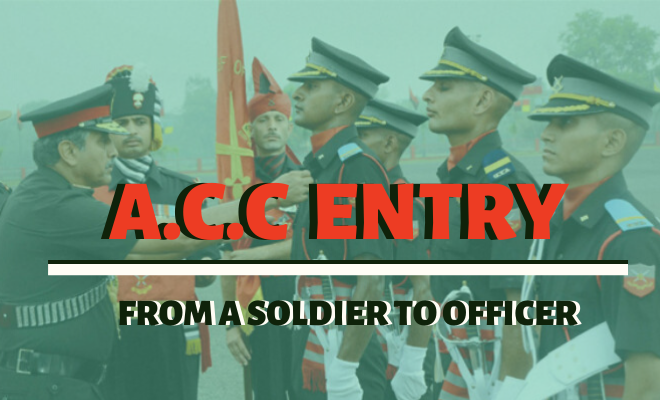 ACC i.e. Army Cadet College is located in the IMA premises in Dehradun. ACC is an entry for commissioned rank for those enlisted soldiers (non-officers) who aspire to become officers. In ACC entry Civilians cannot apply. Only Soldiers of Army and Airforce can apply for it. Navy soldiers have a different scheme just for them; it is called as the CW i.e. Commission Worthy entry.

The procedure of ACC is quite similar to NDA or CDS exam. A written exam, known as Army Cadet College Exam is held amongst the enlisted soldiers for the selection. The final selection of the candidates is done by SSB Board by conducting SSB interview, which is attended only by those who qualifies the written exam. Pattern of the paper is very similar to NDA.

In ACC, soldiers undergo BSC/BA courses alongside military training for 3 years, just like in NDA. After 3 years, they pass out from ACC with a degree and join IMA, where they’ll train with the CDS and NDA entries for 1 year. ACC+NDA+CDS constitute the Regular course in IMA. After passing out, they’ll become officers.

As officers, they have a permanent commission.

This is for testing the candidate’s General Awareness knowledge. The syllabus designed to include test of mental ability, current general situational and military awareness.
It consists of 150 objective type questions of 2 marks each.

PAPER –IV: ACADEMIC CONTENT TEST
There will be only one paper covering Mathematics, General Science and Humanities. It includes 150 objective type questions of 3 marks each. It is divides as follows: 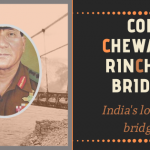